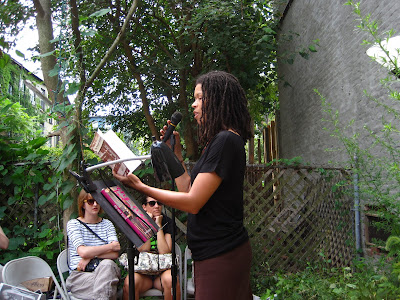 Evie Shockley reading from her chapbook of prose poems (Belladonna*, 2010). She also read from her new book The New Black (Weslyan, 2011). 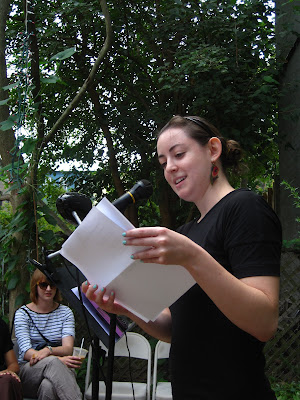 Leigh Stein reads from her sheets and keeps the crowd in stitches. 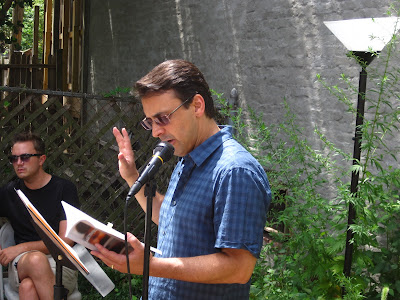 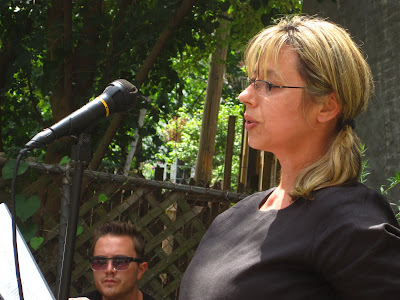 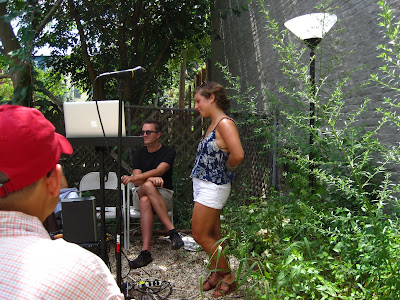 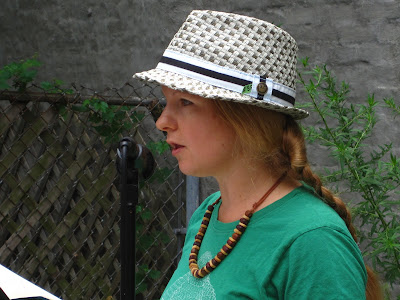 After drying my tears, Brenda Ijima sent an attentive hush across all of Brooklyn with her poems from Glossematics (Least Weasel, 2011). Least Weasel chapbooks are letterpress masterpieces, made from the finest materials known to man. 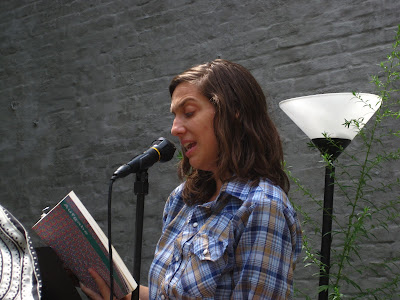 Stephanie Gray reads her work from the new issue of Aufgabe (#10). 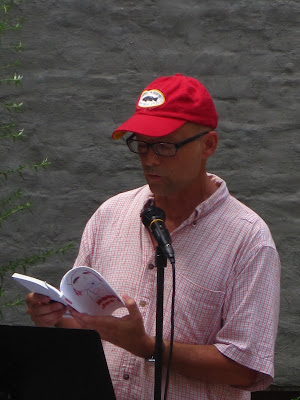 Rumor has it that Joe Elliot does all of his son's Homework (Chandelier Press, 2010). 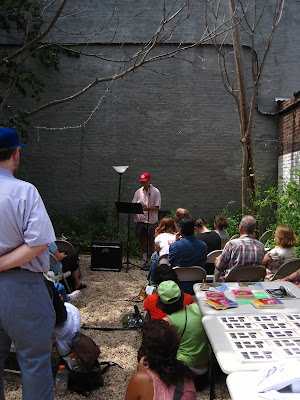 Poetry in the garden courtyard of Unnameable Books.

On my way home through Prospect Park, I saw a young woman on a bicycle careening wildly across the Long Meadow, and was startled when the front wheel of her bicycle suddenly bent under her, and she flew longwise from her perch. I rushed over, and found her lying senseless in the grass. 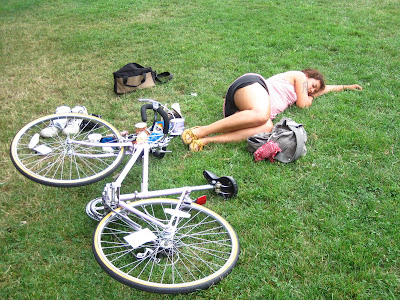 After applying the gentlest of my healing arts to her most tender parts, she made a full, happy recovery. 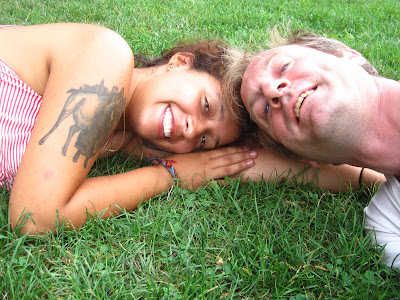 Posted by Douglas Manson at 5:39 AM No comments: